On 12 October, 2022, the European Parliament held the “Panel for the Future of Science and Technology (STOA)”. This panel provides European scientists with the opportunity to inform about their progress made on Europe’s quantum hardware and software and discuss the future of quantum technology in Europe. The upcoming Chips Act will play a crucial role in this future by promoting the production of quantum chips in Europe.

Kristel Michielsen from the Forschungszentrum Jülich, coordinator of the HPCQS project, was one of the panellists invited to present. Prof. Michielsen provided a short presentation on “The European infrastructure for quantum computing and simulation: an RTO perspective”. Among other topics, she spoke about the EU’s commitment to the different quantum initiatives and growth of hybrid HPC/Quantum Infrastructures, in which HPCQS is a pilot project.

Just recently, the EuroHPC Joint Undertaking selected six data centres in Europe as hosting sites for the first European quantum computers – three of which are HPCQS partners. In her speech to the EU Parliament, Prof. Michielsen said of this success "The Jülich UNified Infrastructure for Quantum computing (JUNIQ) is the first step towards the envisaged European Quantum Computing & Simulation Infrastructure (EuroQCS). HPCQS is the second step and its three selected partners GENCI, CINECA and Barcelona Supercomputing Center together with the three other selected centres the essential third step towards this goal."

You can find the full recording of the STOA workshop here. 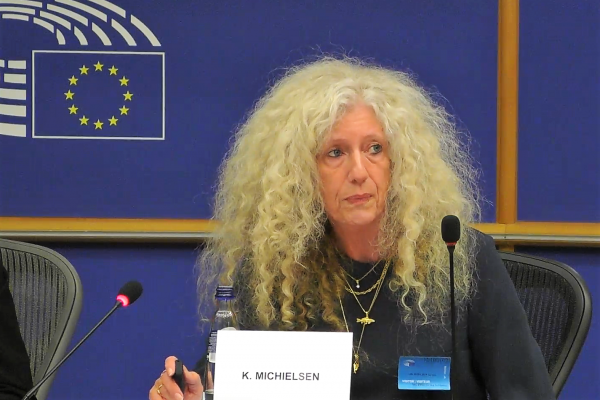 Prof. Kristel Michielsen presenting at the European Parliament in Brussels